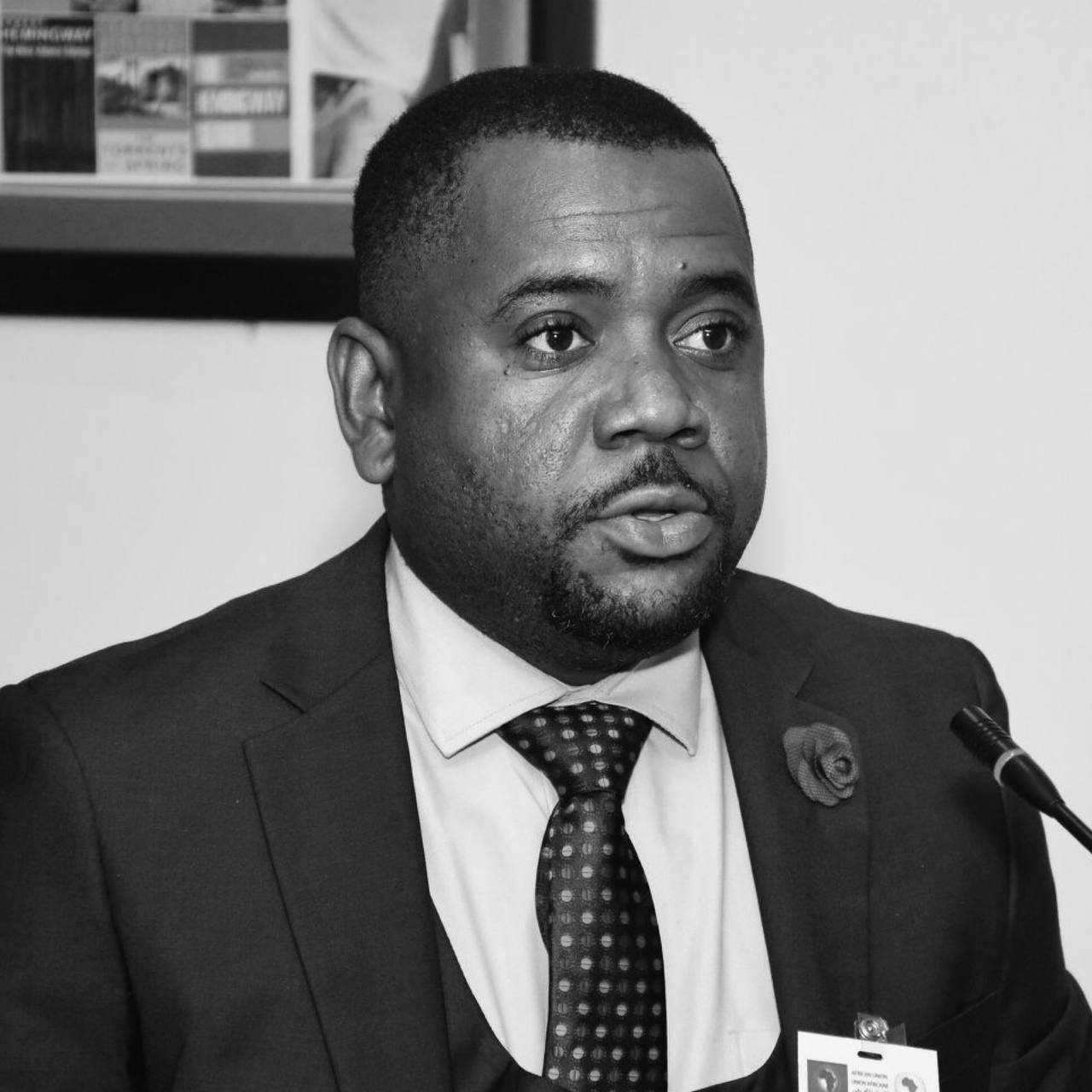 Roll Stephane Ngomat is a Gabonese born, a diplomat and International Relations Expert, he is the current chairperson of the peace and security cluster of African Union Economic Social and Cultural Council (AU-ECOSOCC), he was member of Political Affairs Cluster and Gabon representative at AU-ECOSOCC from 2017-2018, he Serves as African Union electoral observer in many African countries, he is an investment advisor for Global Business Roundtable (GBR) for West and Central Africa since 2015, and serves as a consultant in Ciel-resources international since 2015 and Housing Africa Management since 2016. He was the former Secretary-General of the Gabonese Association in Johannesburg from January 2012 to December 2014.

Roll Stephane has a Master degree in African Politics with a topic on Diplomatic Crises between Francophone and Anglophone countries at African Union a case study of Jean Ping and Nkosazana Dlamini Zuma 2012 election. He has successfully completed a Bachelor Degree in Political Science with specialization in International Relations and Diplomacy at University of South Africa (UNISA). And has an Honors Degree with specialization on peace, conflict and security studies; Politics in the 21st century National, African and International Perspectives.